Can you tell the truth from a lie?

Do you know when someone is trying to deceive you?

Of course we tend to answer that each and every one of us can tell truth from lies. However, the reality is very different.

Kassin and coworkers in 1975 have explored people’s abilities to tell truth from lies, doing some experiments.

They got serving prisoners to videotape and audiotape confessions to their true crimes and a crime they didn’t commit as well.

Then, they asked 61 students and 57 federal, state and local investigators to watch/listen to the tapes and asked them who was telling the truth and who was making a false confession. The professionals were all experienced with an average of nearly 11 years service, no less than 58% had received special training in deception detection training.

Across all participants (professionals and students) and all conditions (video and audio) the average overall accuracy rating was 53.9%, statistically indifferent from a pure chance performance!

The table and graph below detail the main findings of Kassin and coworkers.

It is worth noting that the investigators pretty much thought everyone was guilty. That is to say they had a much higher rate of false alarms (that is false confessions perceived as true) than the students did. This has become known as investigator bias.

Those with a touching faith in law and order would suggest that the test was biased, because investigators would come across more true confessions that false confessions in their jobs, and so may have started the experiment with very different base rate expectations that the students. To counteract such claims, Kassin and coworkers ran a variant of the experiment in which both the students and investigators were told that half of the confessions they would see would be true and half false. The table below details the results. 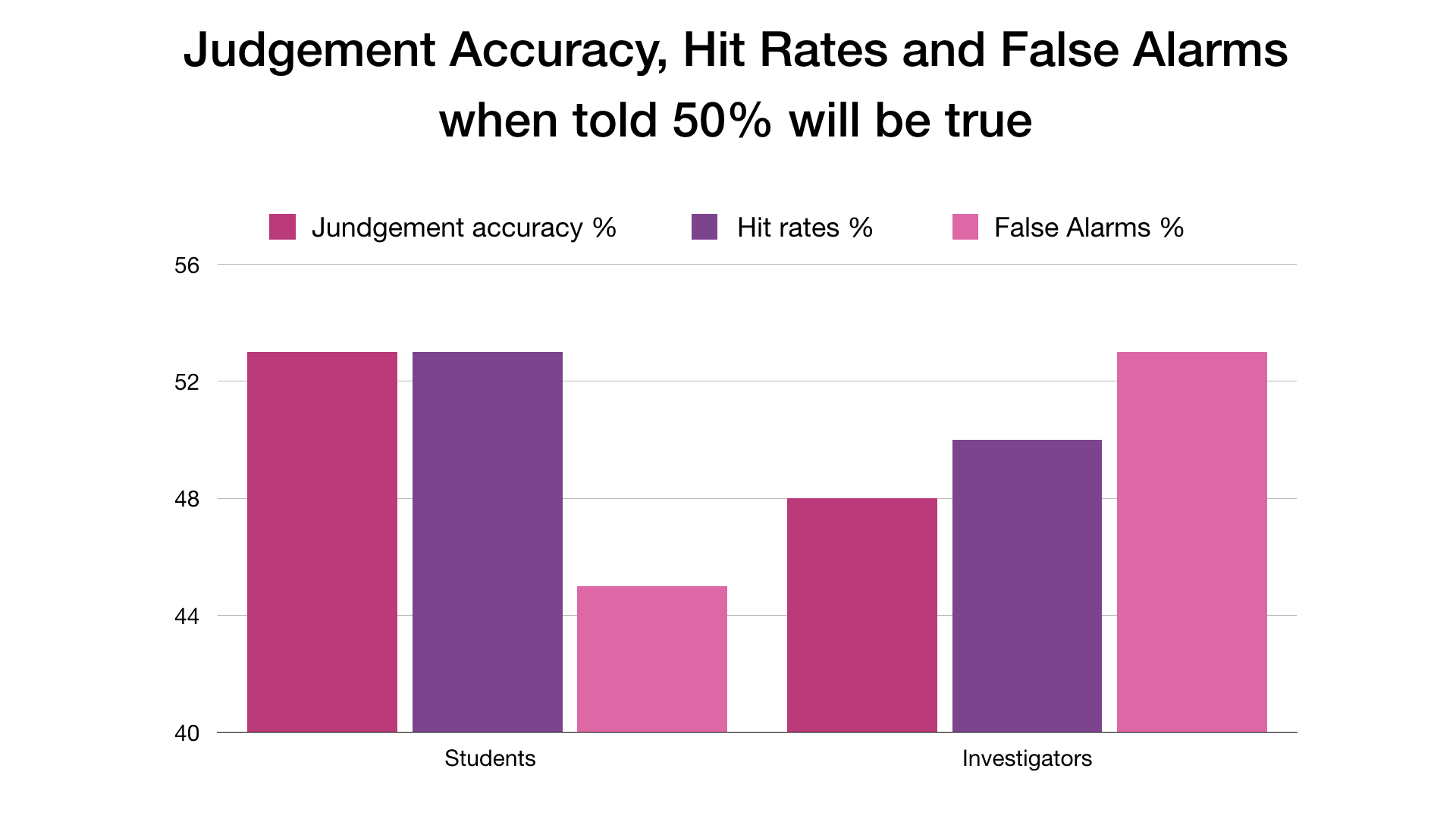 Once again the students performed better than the professionals. They had higher accuracy and lower confidence.

However, note that both groups did little better than simply guessing!