This is one of the most enduring questions in the science of human well-being, with relevance to individuals making trade-offs between income and other life goals, employers determining wages for employees, and institutions influencing economic policy.

Research suggests a positive relationship between income and well-being in general.

But there are some questions and doubts about the shape of the relationship between income and well-being and about a possible threshold.

Past research has found that experienced well-being does not increase above incomes of $75,000/per year in USA.

One interpretation of this result is that incomes below $75,000 allow people to satisfy basic needs, leading to concrete improvements in their daily experiences, but that beyond this point, income only matters when people stop and reflect on their lives. A possible implication is that, beyond $75,000, money is just a way of “keeping score” in life, and there might be little reason to care about further increases in income as far as one’s day-to-day experiences are concerned.

The resulting threshold of $75,000/y has been influential in shaping scientific and popular understanding of the relationship between income and well-being, and the existence of such a plateau has substantial implications for individual and collective decision-making—but is it accurate?

In the last research, Matthew A. Killingsworth has performed an investigation using smartphones to collect real-time reports of experienced well-being and examined its relationship to household income in the United States. Measuring in real-time would minimize errors of memory.

Data are from http://trackyourhappiness.org, a large-scale project using the experience sampling method, in which participants’ smartphones were signaled at randomly timed moments during their waking hours and prompted to answer questions about their experience at the moment just before the signal. The present results are based on 1,725,994 reports of experienced well-being from 33,391 employed, working-age adults (ages 18 to 65) living in the United States. 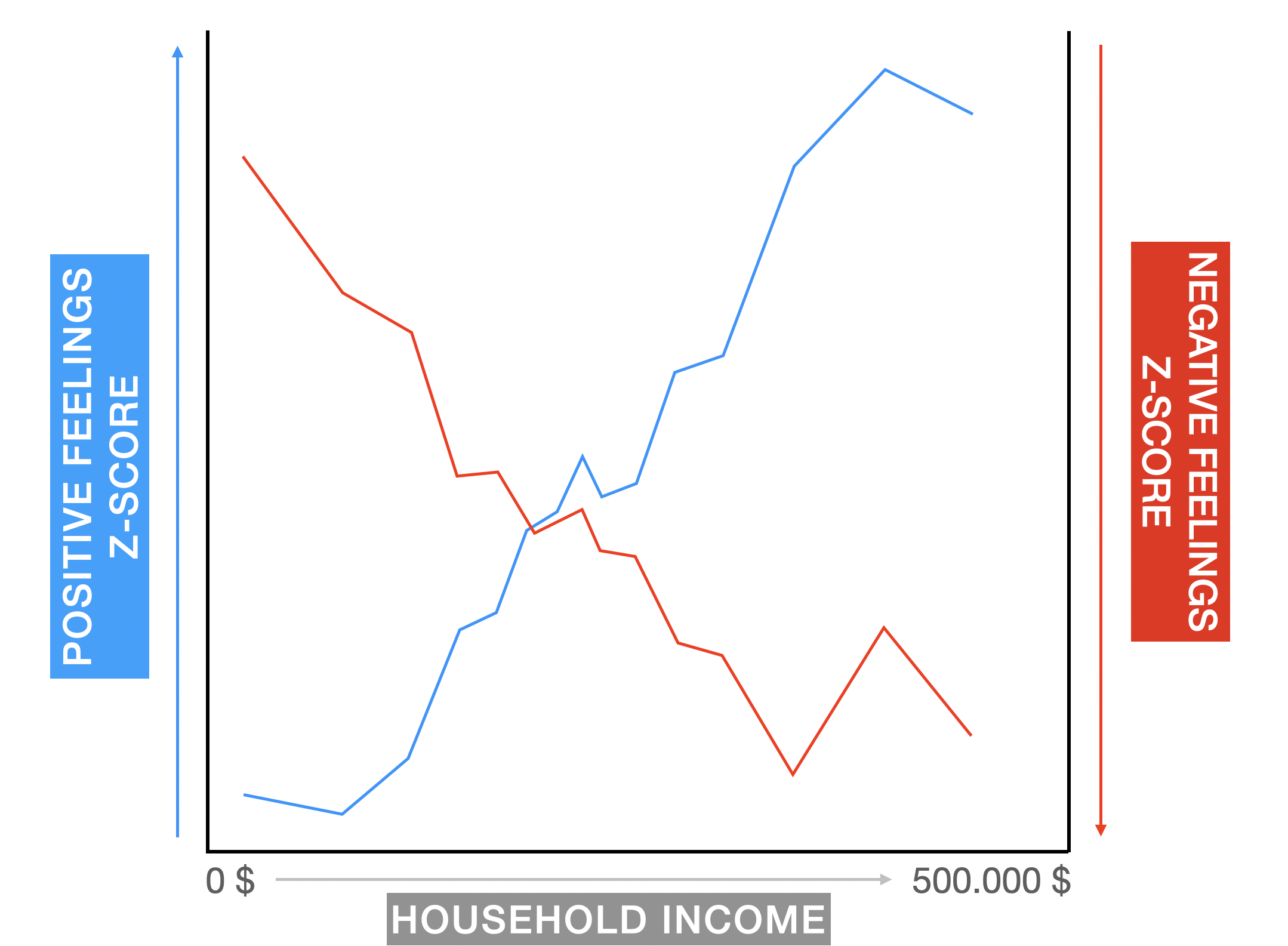 While there may be some point beyond which money loses its power to improve well-being, the current results suggest that point may lie higher than previously thought.