This fallacy is offend described with the the idiom “rose-colored glasses”.

Intimately correlated with the rosy retrospection is Declinism: the belief that a certain entity, such as a country or a company, is declining, and is potentially headed toward a future collapse. For example, someone who displays declinism might believe that society as a whole is becoming worse and worse every day, even if by their own metrics the situation is actually improving.

Both rosy retrospection and declines are important to understand, since they can influence people in various ways.

It will follow a Brief History of “Nobody Wants to Work Anymore”, a popular adage in 2022.

(this material has been gathered by Paul Fairie on Twitter) 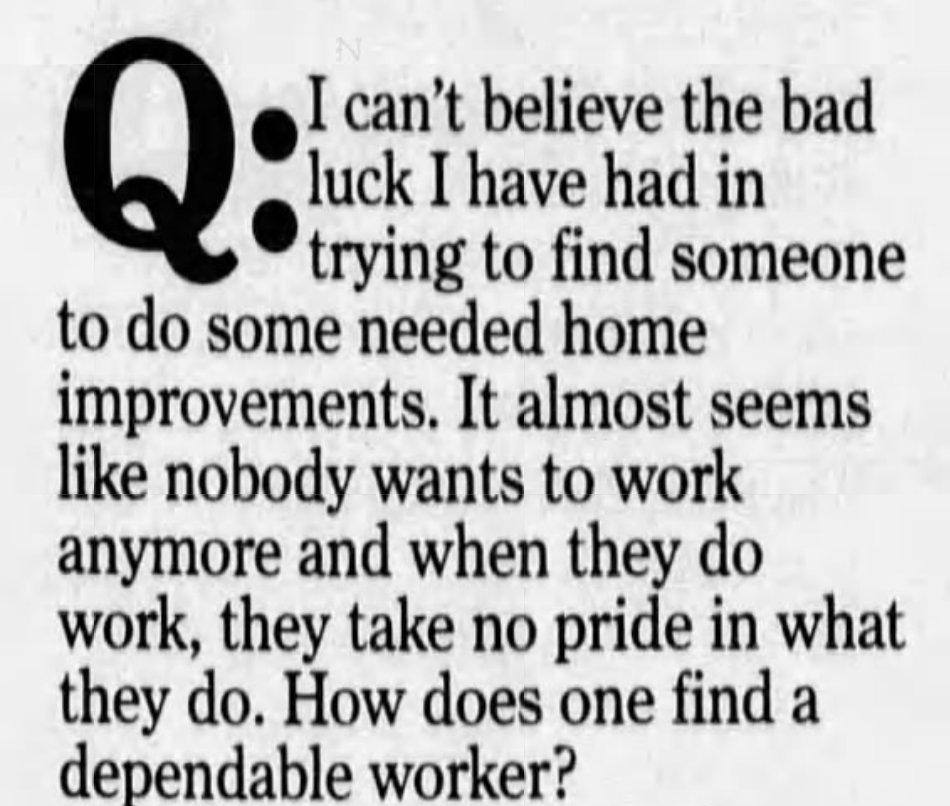 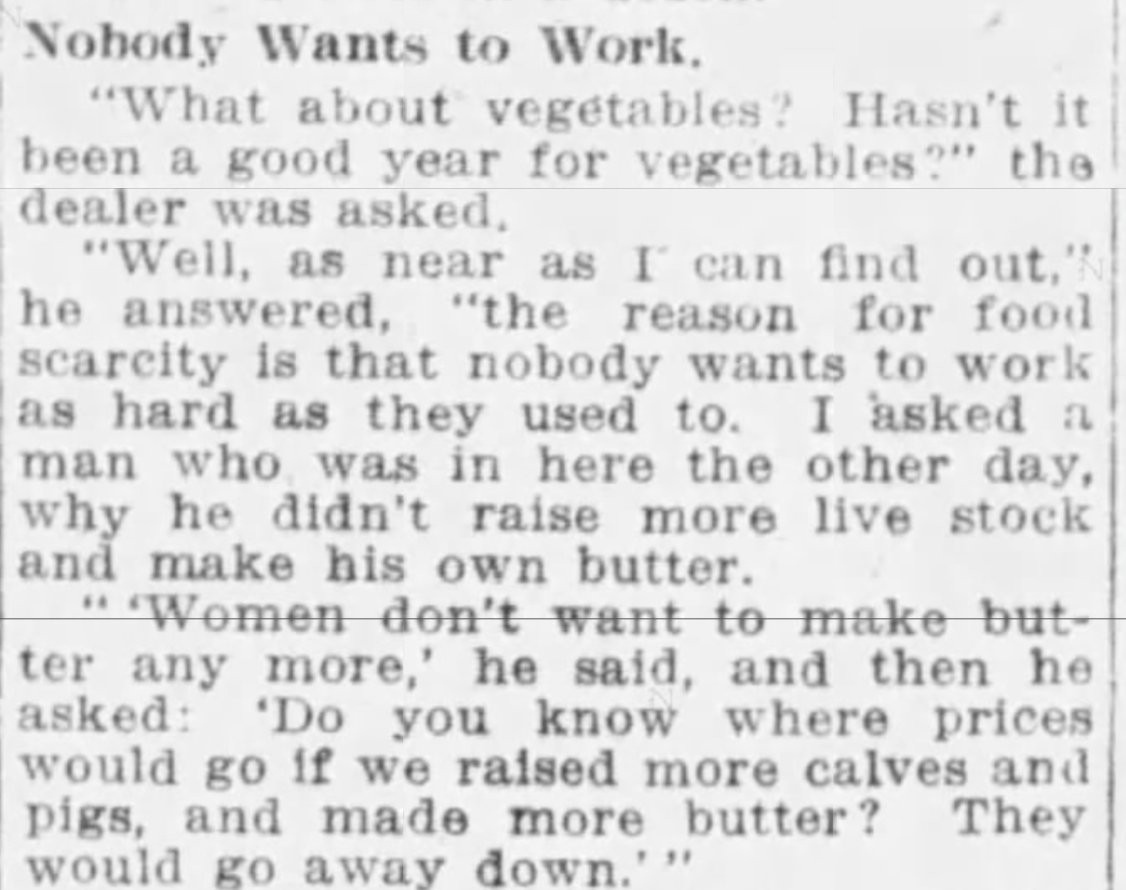